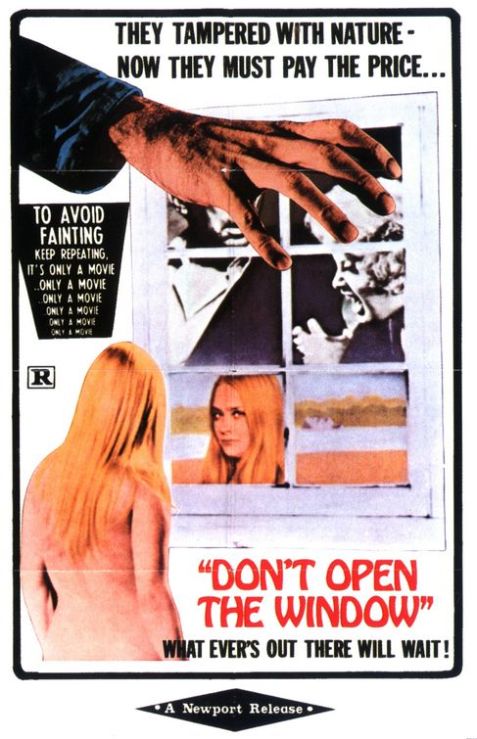 I guess I’m a little surprised that Let Sleeping Corpses Lie, which is also known by a plethora of other titles including most popularly Don’t Open the Window and The Living Dead at Manchester Morgue, hasn’t gotten a bit more recognition in the world of zombie cinema.  If it did I know I would have heard about it way sooner.  It’s possibly the first post-Night of the Living Dead zombie flick which holds true to the now popular zombie movie cliches (i.e. get bit by a zombie and become one, their coming to life because of radiation, etc.).

And to be sure, Jorge Grau’s stylistically shot picture was admittedly influenced by Night of the Living Dead.  In fact several of the plot points are directly parallel to those in George Romero’s masterpiece.  The most obvious comparisons are the characters themselves.  It’s obvious that Romero’s black protagonist is meant to be some sort of anti-establishment symbol; same with George (Ray Lovelock), a long-haired, hippie type, who rides a motorcycle and somewhat resembles Charles Manson.  At the beginning he meets Edna (Christine Galbo), a cute red head, and the two, through a series of events are forced to fend off flesh craving zombies.  The unlikely pairing of the man and woman also parallels Night of the Living Dead.  Only, in this case, Edna acts cooler and savvier than the ditzy Barbara.

A wrong turn leads George to a field where a group of guys are using radiation as a form of pesticide.  Unbeknownst to them this causes a group of zombies to rise from their graves and start killing people.  When one kills the husband of Edna’s drug addicted sister, the authorities assume the hippie George was responsible because he has long hair and looks weird.

Then the gory gut chomping starts.  And boy is it gory, not just for a movie made in 1974!  It’s also vividly shot in color with lots of style and grace, as one would expect a Spanish-Italian horror film to be shot.  The landscape of the British countryside is lush and marvelous and an excellent foil to the grotesqueness that transpires.  And, I suppose if you’re one of those substance people, it also has an environmentalist message.  But seeing how many times George says stuff like “man, look at what you’re doing to the Earth, man!”, I wonder if the message was sincere or just a way for the director to give his movie some edge.

That hardly matters though.  I highly recommend this film.  I read a review somewhere on the net that it takes its time to get going but that’s bullshit.  Sure, it doesn’t just shove twenty corpses in your face in the first few minutes but, come on, this was made before everyone became afflicted with A.D.D.