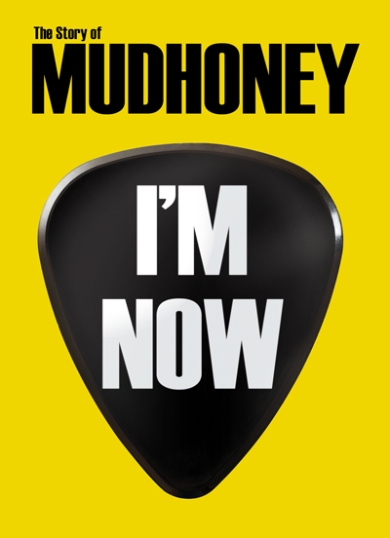 Mudhoney is one of the greatest rock ‘n’ roll bands of all time.  They rank right up there with AC/DC, the Ramones and Motorhead for their ability to release similar sounding, yet consistently pleasing music during the course of their existence.  Their sound combines fuzzed out Blue Cheer and Stooges inspired riffs, 60s “Nuggets” garage rock and a clever, smart ass sense of humor; the band is also known for dropping musical and lyrical homages to Blue Cheer, the Stooges and Alice Cooper among others.

The story of Mundhoney is also partly the story of independent label Sub Pop, whose own principles are rife with contradiction and whose story warrants its own documentary.  But I digress.

I’m Now: The Story of Mudhoney is a pretty standard rock doc; there isn’t that much stylistic flash as it cuts between talking heads, neat performance footage and old time-y TV clips, which seems to be a growing trend among these newer music documentaries.  Overall, it’s an entertaining film but, if you already know the group’s story, then really there isn’t that much to get out of it other than a flannel draped nostalgia trip.

The story of Mudhoney is as follows:  guitarist/singer (now just singer) Mark “Arm” McLaughlin met guitarist/sometimes singer Steve Turner while the two were in noisy punk band Mr. Epp and the Calculations who were sort of like a goofier Flipper.  The two became best buds for life and went on to form Green River with guitarist Stone Gossard and bassist Jeff Ament.  Green River were essentially just a lo fi hair metal band and, when they broke up, the “sellouts” Gossard and Ament left to form Mother Love Bone and eventually become multi-millionaire rock stars in Pearl Jam.

Meanwhile Mark Arm and Steve Turner stayed “real” and “true” and “underground” by forming Mudhoney with former Melvins bassist Matt Lukin, who claims he was fired from the Melvins for “not having a pussy”, and drummer Dan Peters; the group got their name from the 1965 Russ Meyer film.  At first Mudhoney thought they would release a couple singles or an EP, last for a year and move onto something else.  However, in 1988, their first year of existence, Mudhoney’s Sub Pop released debut single “Touch Me, I’m Sick” rocketed up the independent charts and they were crowned the kings of this underground movement/genre called “grunge.”  For the grunge neophyte, there is a HUGE difference between the noisy, messy, underground grunge of the pre-Nevermind era, with bands such as Mudhoney, Tad, Steel Pole Bathtub, Love Battery, Skin Yard and the Melvins, and the radio-friendly, “alternative rock” of Pearl Jam, Stone Temple Pilots, Bush and Silverchair.  I suppose Soundgarden and Nirvana fell on both sides of the fence.

Mudhoney released two well received albums – Superfuzz Bigmuff EP (1988) and Mudhoney (1989) – toured the world with Sonic Youth, toured the States with various label mates like Tad and Nirvana and gained strong reception wherever they went.  Then, after the release of their 100,000 selling second album, Every Good Boy Deserves Fudge, the shaky financial situation at Sub Pop forced Mudhoney to regrettably leave the label and go to Reprise; apparently they would have stayed at Sub Pop had they known that Nevermind was going to be such a huge success, funnelling huge amounts of dough into Sub Pop coffers.

Anyway, the group deliberately set out to prove to fans that, not only would they not sell out to the majors but, that they wouldn’t change their sound at all.  To be sure the albums Piece of Cake (1992), Five Dollar Bob’s Mock Cooter Stew EP (1993), My Brother the Cow (1995) and Tomorrow Hit Today (1998) all sound exactly the same and just like their Sub Pop releases.  Okay, Tomorrow Hit Today has a slightly swampier feel to it.

By 1998, however, “alternative nation” was all but dead and Mudhoney saw the writing on the wall. Matt Lukin quit and the group went on hiatus.  Then, for some reason or another, in the early aughts, Mudhoney caught a second wind that paralleled the rise of garage groups such as the White Stripes, the Dirt Bombs and the Von Bondies, hired new bassist Guy Maddison, who was a nurse by day and played in the Australian band Bloodloss at night, re-signed with Sub Pop and lived happily ever after.  If you must know, the albums they released henceforth are Since We’ve Become Translucent (2002), Under a Billion Suns (2006), The Lucky Ones (2008) and Vanishing Point (2013).

-Mudhoney’s unfortunate meeting with an A&R gentleman from the allegedly independent Caroline records.  Whatever his name is (they deliberately say it in the movie to call him out but I just forgot) makes unreasonable demands on the group that directly influence them to go to a major label

But the main message I got out of the movie is that Mark Arm and Steve Turner (well I’m sure Matt Lukin, Dan Peters and Guy Maddison as well) are intelligent, laid back dudes who don’t have egos and are comfortable with a modest, middle class existence provided they can make any music they want.  And furthermore, in spite of not becoming multi-millionaire rock stars, they still managed to party a lot and get chicks.

Now, I ask of Sub Pop, when are they going to reissue those goddamn Tad albums?! 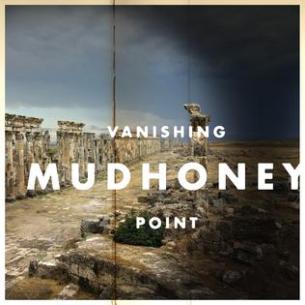 I know I’m late to the party on this one since the latest Mudhoney album Vanishing Point has already been out for two months.  But I guess I just wanted to rant about how good the new album is.  I listened to it on repeat on my two hour car ride back from Grand Rapids and I must say it’s their best album in fifteen years (not counting their absolutely fantastic best of/rarities double disc set March to Fuzz).  Now that is actually saying something.  I gotta confess that I’m a fan.  In Our Band Could Be Your Life writer Michael Azerrad claims that Mudhoney topped out early in their career with “Touch Me, I’m Sick” and henceforth just did the same thing over and over just not as good as the first time.

Well, he’s got that almost correct.  Add Mudhoney to the Motorhead/Ramones/AC/DC camp; bands who know one or two tricks but do them so well, they should never, ever think outside the box.  It’s a good box after all.  My friend told me that Vanishing Point sounds like it could  have been released 20 years ago.  Great!  I’m one of the few who thinks they never sucked during the 90s.  However after their breakup/reunion with Guy Maddison in place of original bassist Matt Lukin, I don’t know… I just didn’t like those albums as much.  Maybe I just felt that Since We’ve Become Translucent, Under a Billion Suns and The Lucky Ones were just generic garage rock albums.

But they’re back in fine form!  Little Marky Arm and Steve Turner blast out one great Stooges/Blue Cheer/MC5 riff after another across the album’s ten songs and 34 minute running time.  There is some great guitar interplay and Arm’s lyrics are as spot on and clever as ever.  Arm compares GG Allin to Long John Silver and drops references to Foreigner and Devo songs.  And when the lyrics aren’t clever, they are deliberately stupid and thus very funny.  Probably the best example I can give for this is “What to Do with the Neutral” which contains the lines “embrace the positive/reject the negative/what about the neutral which is neither here nor there/what to do with the neutral is not an easy problem/problem to solve/I will say no to nothing/and yes to something/but I have no idea what that something should be.”  What does that even mean?

But, like usual, Mudhoney tamper their signature style with slightly different approaches and fun little inside jokes for rock fans.  Oh!  And “Chardonnay” is a raging, uptempo punk song!  It sounds like the New Bomb Turks!  Aforementioned “What to Do with the Neutral” seems to be a vocal homage to Iggy – and I mean the solo, singing Iggy not the “I’m a streetwalkin’ cheetah” Iggy.  And I can’t say for sure but on the intro to “I Don’t Remember You”, it seems as though the group “borrowed” the “Under My Wheels” intro.

But it’s those inside references that make me want to shout it out loud and proclaim to the bros in the car next to mine when I tool around this boring Detroit suburb, “fuck you, assholes!  I listen to ROCK, baby!”  And that’s what this and all of Mudhoney’s albums are!  They’re rock!  Not  punk, grunge or “alternative” (a term which seems to all but died save for those who are completely out of touch)!  I don’t know how to say it without getting redundant!  No new ground is broken, just ten wonderful, catchy as all hell fuzzed out rock tunes!  They’re loud and Mark Arm belts out the lyrics with the same glee and whimsy as when he first shouted “I’m a jerk/I’m a creep!” 25 years ago.  Only now it’s “I’ve got big enough balls/ to admit I like it small”!

Oh okay, I will also mention “Sing This Song of Joy”, a mellower, more somber tune which evokes a similar mood as earlier songs like “Endless Yesterday” from aforementioned Under a Billion Suns, “Thirteenth Floor Opening” from Piece of Cake and “Broken Hands” from Every Good Boy Deserves Fudge.  So there you go; different tones.  However the majority of the album is a rollicking, gnarly good time!  And really isn’t that what we all live for?