First of all, the title for this episode of the Savage Hippie podcast is pronounced Gilli-GAHN- way. Second of all, I’m writing this in Los Angeles! How long will I last in this burg? Who knows? But the bottom line is that, though I recorded this episode in my room in Detroit, I’m writing these here words in a house that’s shared with a bunch of liberals, who might or might not let me live here for a month, contingent upon whether or not they think I’m a psycho. Hopefully they don’t google me. Sitting next to me is Scott Rosendall, and after I’m done typing up this “copy” and loadin’ this thang to soundcloud, we’re going to watch Greydon Clark’s 1973 classic The Bad Bunch, which I FULLY recommend to all of our fans and friends.

This entire episode features the return of the mighty David Cole to the Savage Hippie podcast and is based upon questions we received from fans.

Ann Sterzinger, David Cole and I discuss Michael Shermer and how much he sucks, the AltKnight coalition and their battle against the Antifas, Ann Coulter, the films of John Carpenter, tips on sex and relationships for the young generation and whether Trump will build that wall or not.

Also we get an unexpected visit right in the middle of the episode from somebody that nobody knows or gives a crap about, and we discuss Marvin Heemeyer and the non-aggression principle with him. 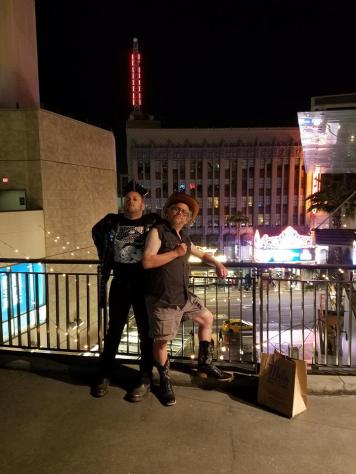 For Sounds of Marshabaloosh this week, we feature the Stranglers, who are liked not only by yours truly, not only by Ann, not only by David, not only by Scott Rosendall (!!!) but also by Jim Goad himself, with whom I was discussing the group via private email. The song that we borrowed without asking any permission is “Something Better Change” from the group’s second LP No More Heroes.

The song at the end is of course “The Diet Has Failed” by the Yesticles, and a very special person took the homoerotic photos of me and David.